← more from
Denovali
Get fresh music recommendations delivered to your inbox every Friday.

MYTH II : A Need To Survive

by The Eye of Time 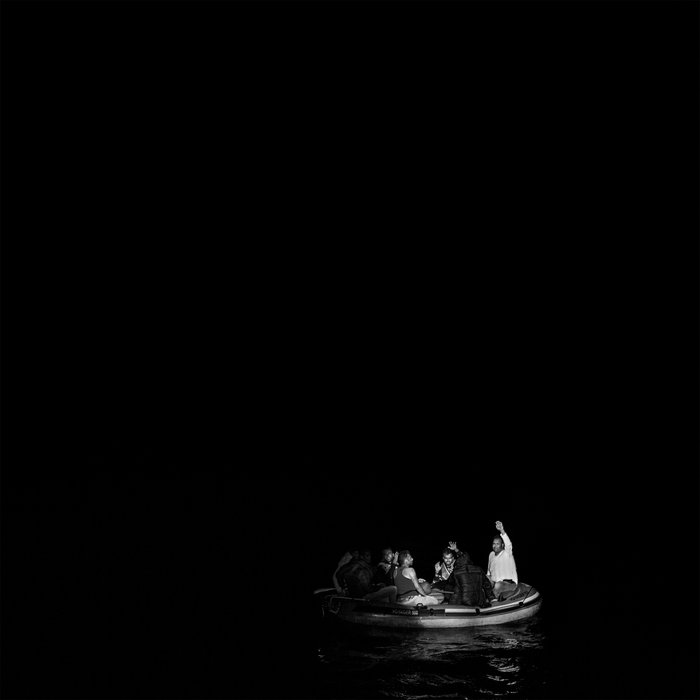 Michael Mathy excellent album. I love the sounds, the structure of each track. Favorite track: Foldings.

"A musician who can make his music do whatever he needs it to do.” POP MATTERS

The Eye of Time is the solo-project of French musician, Marc Euvrie. His new album ‘Myth II : A Need To Survive’, released 3rd August on Denovali Records, is the second part of a trilogy of releases about the path that humanity takes over the ages. A multi-layered tapestry of experimental sound, ‘Myth II : A Need To Survive’ merges darkness and hope via minimalist beats and stark bass.

Myth is a word with ambiguous meanings in the dictionary, but all these lead to the same conclusion. We could decide to see things on the bright side, or to a have a more dramatical (in the literal sense) look on it. Like if one species is looking at another, and in a different era. Myth is a feedback to the tragical events of our time, to what people have to endure nowadays in order to survive, as well as the refugees travels, and the resistance against capitalism that is growing all over the world. Myth is also a particular way to see things, to take sides with history. When we talk about ancient political activists and revolutionaries, resistances to the established order, we make the choice to transform it into a myth, a history full of heroes. But the past is the present. And our present will be the past again. It is on us to take action in order to avoid our inevitable end.

On ‘Myth II : A Need To Survive’, Marc adds, “The period between the release of the first two records of this trilogy is a most significant one in my life. ‘A Need To Survive’ is the perfect title to name it. I have fought darkness. I have faced myself. I've been into the deepest introspection ever, but I'm on my way to recover, and I will never be the same again. I guess I have faced the worst but most important period that everybody will face in his life. To know yourself better, to see the bad and the good things you're capable of.”

He goes on to say, “I feel that the album trilogy I started in 2016 will match my path to become a better person in balance. ‘Myth I : A Last Dance For The Things We Love’ corresponds to my falling into darkness, ‘A Need To Survive’ to finding the energy to rise again and the last record which will be named ‘To Heal’, corresponds to me right now, feeling positively mature.”

Euvrie's musical development is deeply connected with the French DIY punk and hardcore scene, although he has been classically trained. He started to play piano at 9 years old, composed his first pieces at 15 and studied cello at a Conservatoire after finishing school. Euvrie played in several bands before, being influenced by Claude Debussy, Philip Glass, Frederic Chopin, J.S. Bach, Michael Nyman just as Godspeed You Black Emperor, A Silver Mt. Zion and Portishead, he began to translate his personal reflection of our complex world into music, which initiated The Eye of Time.

His extensive self-titled debut album was released in spring 2012 and exposed a dark look on the present, past and future. His last albums were promising a glimpse of hope (‘Acoustic’) or pitch-black despair (‘Anti’). ‘Myth I : A Last Dance For The Things We Love’, released in 2016, dealt with introspection, impregnated with minimalistic moments, where piano and cello write the story of loneliness and calm, accompanied by both grim and hopeful melodies.

The cover artworks of the ‘Myth’ album trilogy display pictures by Emin Özmen, a winner of the world press photo award. His work is focused on the situation in Kurdistan, Syria, Turkey and the "refugees". His work has been published by Time magazine, The New York Times, BBC, Guardian, among others.

The Eye of Time Caen, France

Bandcamp Daily  your guide to the world of Bandcamp

Damu The Fudgemunk shares his recent collab with Def Pressé, plus jams from Common and more